I have always taken great joy in learning and working with languages.  When I moved to Orangeville, my everyday interaction with people made me realize that there was an interest in the community for learning Spanish!  Learning how to say, “Hola, cómo estás? and Muchas gracias!” could be the beginning of a great experience!  Actually, learning a second or a third language can be very beneficial for your health and finances in the long run.  I searched for schools to learn or teach in the area and found nothing.  For that reason, I decided to create my own Spanish language courses.  Their content is especially designed to meet your needs and expectations and the lessons can be rendered in class, your home, online or even in a café!!! It is your course and I design it for you. 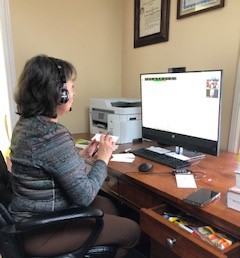 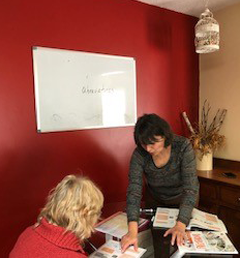 In my courses, I employ primarily the communicative approach; however, other methods that may be beneficial for my students, depending on their learning style, are included as well.  The main goal is to develop their oral communication and understanding of different accents in Spanish.   The curriculum is based on the CEFR (Common European Framework of Reference for Languages) which includes an Introductory Course for True Beginners and the development of projects for Heritage Learners. 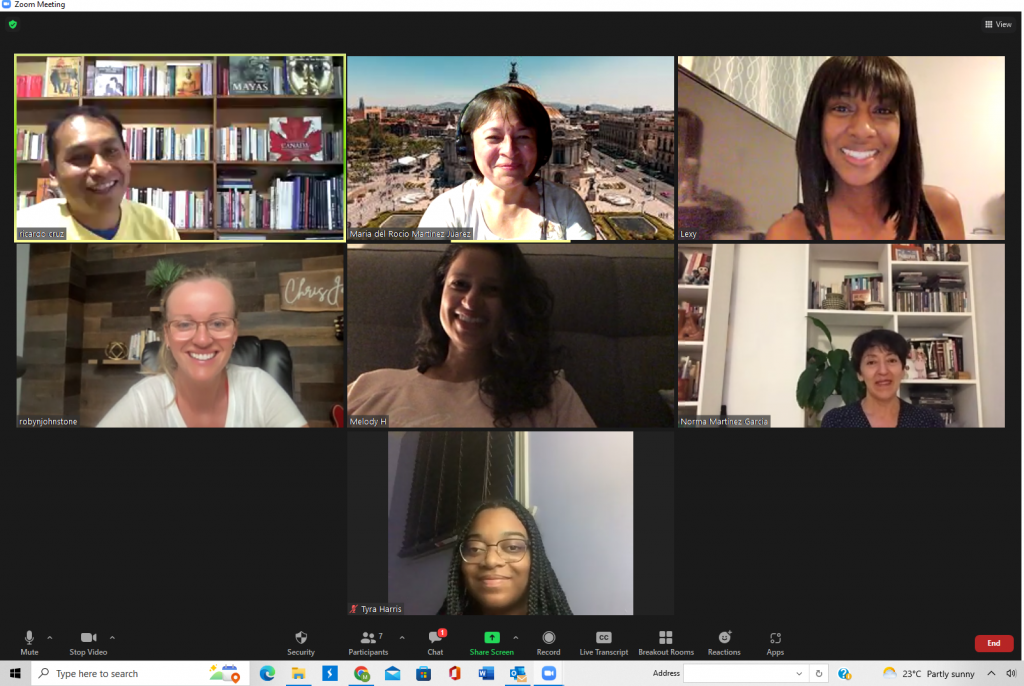 Spanish is for everyone!!! Everything Spanish can help you if you want to…
• Start a new language and see where that new adventure may take you
• Have a good grasp of the language in order to communicate successfully
• Have a course designed to learn at your own pace
• Be more fluent when communicating orally and/or in writing
• Pursue further studies in the Spanish language
• Acquire a proficient command of the language to study and/or work abroad
• Strengthen the bond between you and your partner’s family whose mother tongue is Spanish
• Read fiction and non-fiction books originally written in Spanish
• Learn about the Mexican history, culture, music, cuisine and literature
• Plan to live temporarily or permanently in one of the 21 countries where Spanish is the national language

If you are interested in literature from any of the Spanish-speaking countries and you want to continue strengthening your oral production skills, this course is for you! In it, you will study upper-intermediate to advanced grammar with the Instructor during the first hour and then have a delightful discussion on any literary features of the work you choose to read during the second hour. Such discussion will include a “Guest”, a second native Spanish speaker!
– The course can be taken in person or online
– 5 sessions or more
– 2 hours per session
– Material originally written in Spanish: 2 or 3 short stories by the same author or different authors but same literary period or a short novel
– Participants: 2-4 students with an upper-intermediate or advanced level of Spanish

I will never forget that morning of the third day of school grade 5 when my eldest daughter right before leaving told me that she would never ever forgive me for enrolling her in extended French.  Then she added some irony to her statement and “thanked me for taking her away from her best friends from grade 4”.  I remained in silence and did not give a thought to it.  As a bilingual and an endless student of languages, I knew that I had set her off for an amazing journey.  A couple of months later, she did thank me –no irony involved this time- because she loved the French language and even though it was not an easy task, the fact that she already knew Spanish helped.  Adding a third language to her linguistic repertoire meant that she had to use the linguistic information she had acquired in English and Spanish, find similarities and work on the differences.  Also, she had to add cultural elements that would only enrich her life. Two years later, I observe that she is a deep thinker: reflects on the grammar of each language, makes choices amongst the cultural differences, offers amazing solutions, etc.  Will that ever happen without her being exposed to two or more languages?  The literature around the advantages bilingualism offers to a child supports her linguistic development.  And the journey is far from over.

Enroll your child and family for a Spanish course and observe the magic this second or third language can do in your life.

REASONS FOR LEARNING SPANISH
Benefits for children
If you as a parent speak Spanish at home, provide your children with that extra knowledge of the Spanish grammar. Spanish is your language of affection and your children will be able to communicate with more confidence. If you as a parent do not speak Spanish at home, learn it along with your children.  Learning a language that is different in the community will strengthen your bond, create joyful conversations and enrich your experience when travelling abroad or connecting with the Spanish-speaking community.
TRAVELERS

Whether it is a short trip or not and you are planning to travel throughout one country or more, great travelling is about first-hand experience. How? By communicating in Spanish!

• Talk to locals, share information and make your trip better
• Try their dishes, learn how to cook your favorite ones and share culinary secrets
• Stay as a tourist but enjoy as a local: be confident to move around the country
• Put in practice your Spanish and enrich it with new accents, vocabulary and expressions
• Feel confident with your communicative skills in case of an emergency
• Attend their cultural events and enjoy them in their own language
• Make new friends and share precious moments with them
• Get to know their way of life so you can have a better understanding of their culture
• By getting to know the other culture, you get to learn more about yours!

Food for thought: Spanish is spoken in 44 countries around the world and it is the official language in 21 countries. In Canada, there is a Spanish-speaking community of over 400,000 people.
Why should you include Spanish in your career or business?

• Expand your business to Spanish-speaking countries and communities around the world!
• Take your professional life to the next level!
• Have a good pronunciation and communicative skills and make a good first impression
• Have a solid social interaction with Spanish-speaking business people
• Understand their culture and use that to your advantage to strike better business deals
• Be the one who understands your client’s needs better
• Show that you care about your client’s business
• Get in touch with other businesses located in those Spanish-speaking countries
• Have access to valuable information that may be in Spanish only
• Boost your memory, problem solving and decision-making abilities
• Make your international travels more comfortable and culturally rich

Why should you learn Spanish?

• Maintain or increase your flexibility to handle unexpected circumstances
• Further develop the ability to find more than one solution to a problem
• Delay the onset of Alzheimer or dementia by many years
• Boost your memory, problem solving and decision-making abilities
• Be more analytical in English and Spanish
• Achieve this linguistic challenge and feel more confident
• Make your international travels more comfortable and culturally rich
• Improve your well-being by socializing more and getting to know new people
• Make a stronger bond with your loved ones by expressing emotions in Spanish!!!
• Inspire others: there is no age-limit to learn a language!